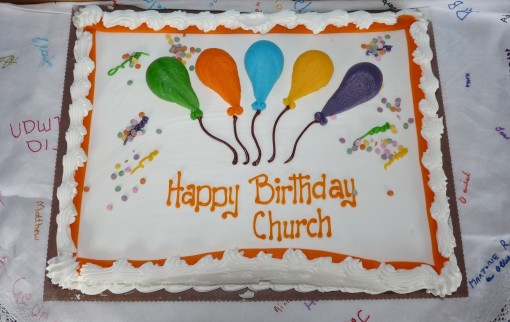 PENTECOST- “The Birthday of the Church”

This year Pentecost Sunday was designated as an “All age worship” for our church to be led by one of our Local Preachers John Elston.  He got together with our Sunday Club Leader Hilary Small and they decided to “have a party”.

Over the previous couple of weeks the Sunday Club staff and children coloured in World flags. As you can imagine to do all world flags would have been impossible, so it was decided to do World Cup Countries flags, this made it more manageable and also tied in with the forthcoming football.

Come the actual day the flags had been made into streamers and had been hung all over Church, together with balloons and was a welcoming sight for our congregation as they arrived. The children recognised particularly the flags they had coloured, but also recognised many of the others. The children had more idea of the countries than the adults!! 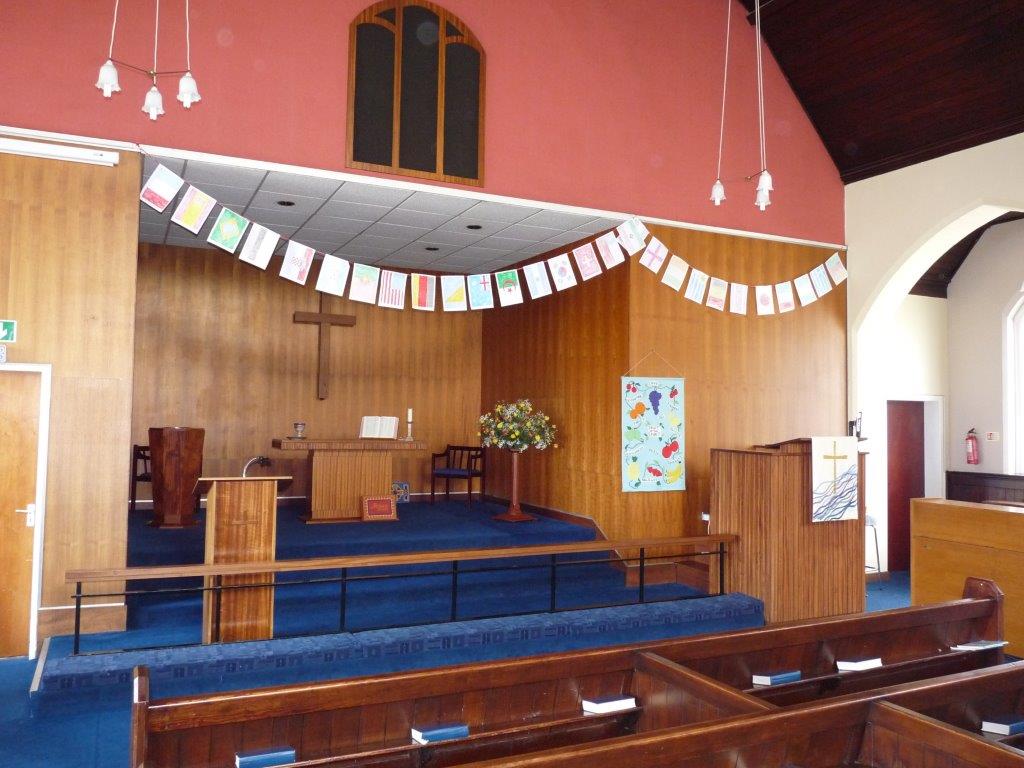 During the service we had the Lords Prayer said in many languages, possibly up to 10 different languages. When said all at the same time it becomes quite interesting. We also had a quiz involving different languages and flags in addition our “Birthday Basket”. This is brought out each month for people having a birthday that month and they can choose a present from it. We always sing Happy Birthday but on this occasion we sang the first and SECOND verse and let off party poppers at the end.

At the end of the service, that is what it was, including prayers, sermon and readings, we had a time of fellowship, tea ,coffee and of course we shared a huge BIRTHDAY CAKE, which had been cut in Church during the service.

A great service and time was had by all.