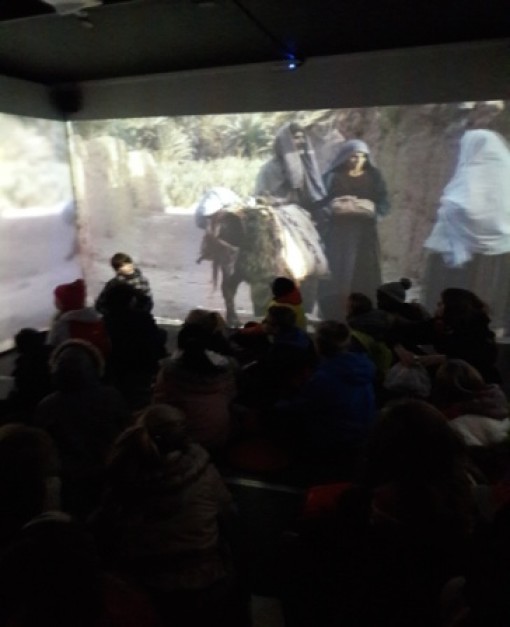 We took a group of  7 young people from Moston Methodist Church to 3 Generate Southport and we had lots of fun!

The younger children attended the “Life Exhibition”. This was held inside a van with interactive walls that responded to touch.  The children participated in playing interactive games about the life of Jesus, they touched the wall to reveal events on a biblical timeline and watched video clips of Jesus’ birth, the miracles he performed and his death and resurrection on the cross. The children really enjoyed this interactive, fun faith filled activity.

Another workshop the group attended was “What do you really think of the Bible”. This was an open discussion to explore our young people’s views and opinions on, the bible, its accuracy and reliability. This involved discussions such as when and how we read the Bible, do you trust the Bible and why, how can we be sure of its accuracy.  They then looked at some of their favourite Verses /bible story’s. In this workshop I felt some of the discussions were more suitable for our older members of the group and some of it was a bit too in-depth for our 8 year old. However I was very impressed with everyone’s contribution, the younger ones still participated and had something to say!

The two older members of the group attended a workshop on the reality of Gang violence and one called “my mental health and God”.  Both reported to be very interesting and informative workshops.

One of our young people was informed about a mission trip to south Asia and is very  interested in attending. However the cost of the trip is £1,500 which she is unable to afford. I have suggested that we do some fundraising at church and see if there are any other funds available to help with the cost.

In the creative area we made bracelets /necklaces, Christmas decorations and nail art.

The creative zone was very popular and had big ques to get in; unfortunately we missed some of the activities because they were too full.

The Den was one of the young people’s favourite places to hang out. In the Den they had comfortable beanbags, music, board games, photo booths etc. They also had youth reps telling their faith stories and Students from cliff college. Some of the group read the youth candidate’s proposals and voted on who they wanted to be the next youth president. In the Den we particularly enjoyed playing twister, dobble and taking silly selfies in the photo booth!

Here are some of the other activities that the children attended/participated:

The accommodation was still extremely cold, however we were better prepared this year and gratefully received our welcome bag with Hot chocolate in!

At the end of the event everyone was given a letter to take home with people’s testimonies about their faith journey. This was a lovely way to end the event, we read some of ours in the car journey home.